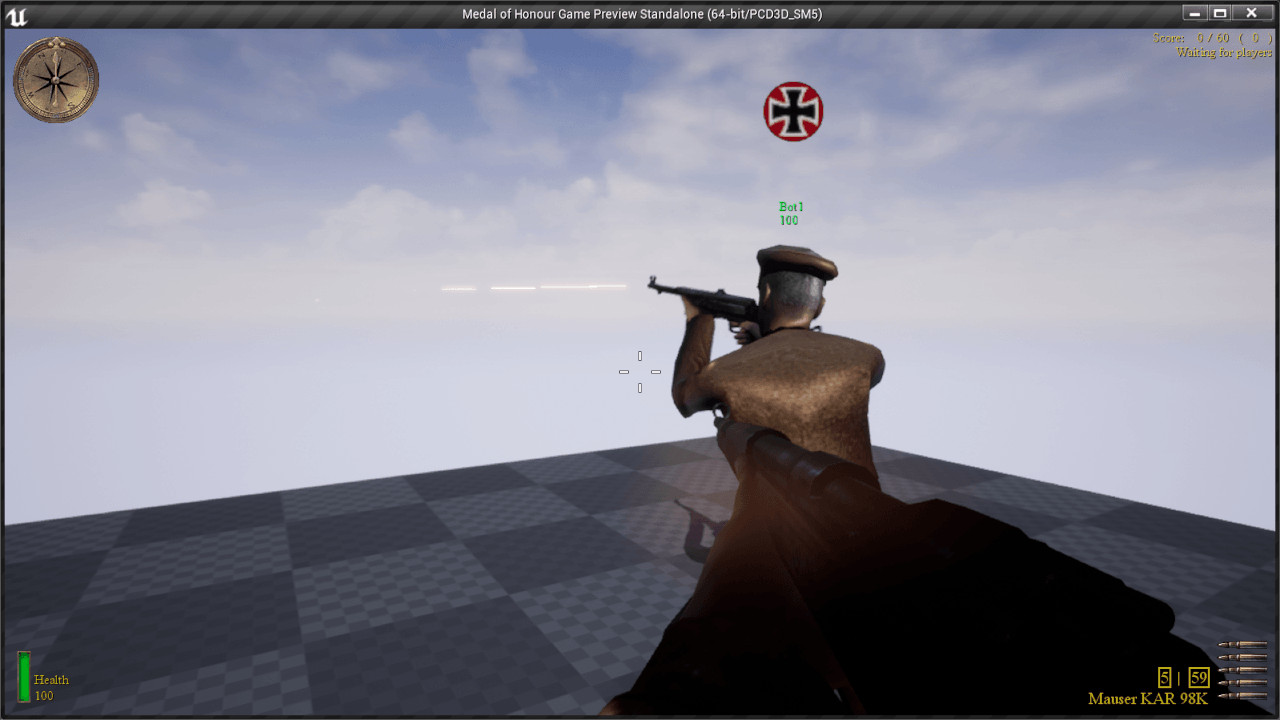 When looking at MOHAA, the dedicated server supports up to 64 players, which was pretty impressive for a game that was made back in 2002. MOHUE is made with Unreal Engine 4, it states that it does not have a “hard limit” when it comes to player slot limit for a dedicated server. However we plan to set the same limit as MOHAA has, since there is no use to spam a small map such as Stalingrad with more than 100 players(Or would it?).

We plan to support first Windows and Linux dedicated servers for x64 processors. Binaries for Linux servers with ARM processors will be supported short after. All servers for closed and open beta will be hosted on several cloud servers, after the beta phase we will release the dedicated server binaries to public.

Below is an example off a running Windows dedicated server where a player is joining.

Team icons and a team player his name is shown near its player model when hovering with your crosshair over it.

Ofcourse the most important thing that was implemented in the original MOHAA multiplayer side, taunts. Wooohoo! We have implemented the Spearhead and Breakthrough taunts as default taunts. 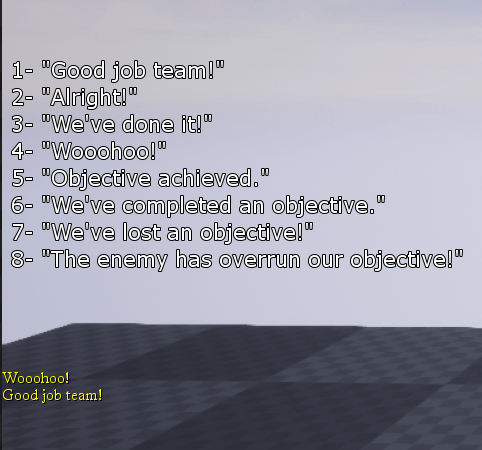